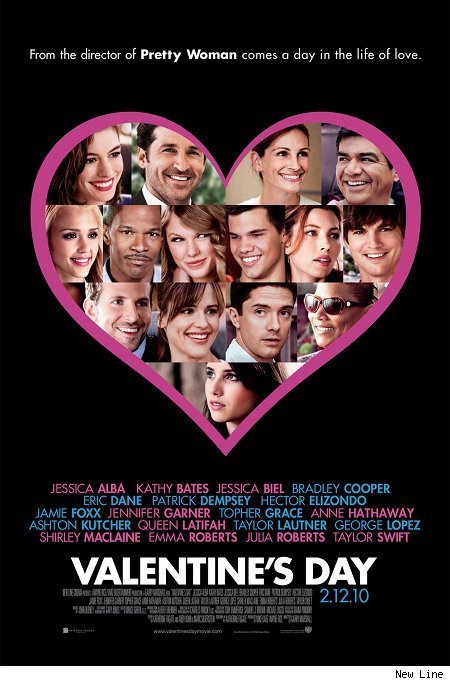 SINGLETONS of the world unite.

Let us denounce Valentine's Day as a conspiracy by florists and greetings card companies to prey upon our loneliness.

Why should we all feel compelled to bear our souls on February 14, when any other day would do just as well?

It's Valentine's Day. You don't think, you just do, says one of the characters in this sugar-coated tale of romance and heartbreak.

However, amidst the gooey sentiments and shameless wish fulfilment there are some big laughs and eye-catching performances from a stellar cast including Julia Roberts, Ashton Kutcher, Jennifer Garner, Jamie Foxx and Shirley MacLaine.

Valentine's Day is a morass of cloying fairytale romances across the generations that predominantly end with a happy ever after or, at least, a comeuppance and emotional closure.

Some of the plot strands are hopelessly contrived and characters could have been cut entirely.

However, there are some charming distractions such as the interplay between MacLaine and Hector Elizondo, which comes to a head at an open-air film screening of the 1958 film Hot Spell, starring a young, fresh-faced...MacLaine.

You'll need a very sweet tooth to stomach all of the saccharine outpourings, culminating in some amusing out-takes over the end credits.