by Michael Maltsev August 1, 2006
Imagine watching Jaws on a large outdoor movie screen set up on the beach in Martha's Vineyard where it was filmed or watching Escape from Alcatraz in the cell block from which Clint Eastwood's Frank Morris tunneled his way out.
Outdoor Movie Rolling Roadshow Hosted by Lisa Loeb 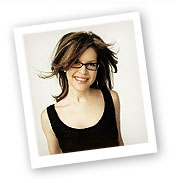