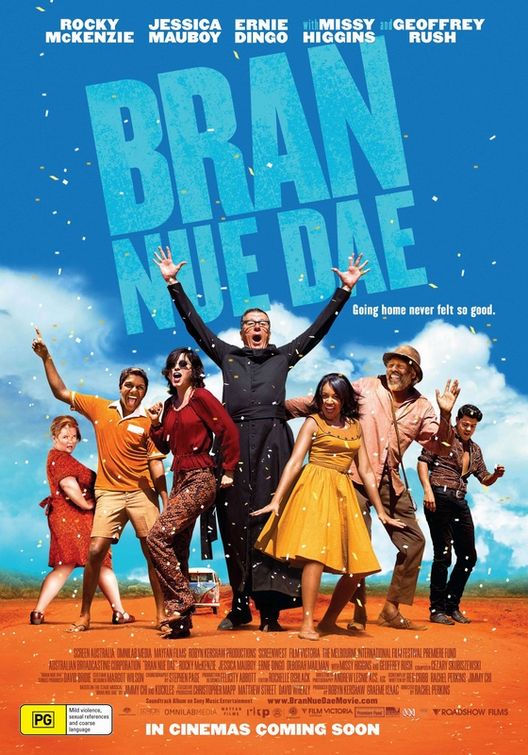 Bran Nue Dae has taken $2.6 million at the box office during its first week making it the second biggest opening of an Australian film over the past year.

The biggest local film of the year wasВ Mao's Last Dancer, raking in almost $15 million all up and $2.75 on its opening weekend.

The story of an Aboriginal boy desperate to return home to Broome from a harsh school in Perth features plenty of sing and dance routines, and a cast including some of the country's finest actors alongside pop stars and musicians.

"Bran Nue Dae is connecting with audiences all over Australia," Mr Booth said.

And the songs from the musical movie, performed by singers including Mauboy, Dan Sultan and Missy Higgins, were also proving hits on iTunes, with the film's album currently number one soundtrack and in the top 20 albums, he said.

"Broome's Sun Pictures and Sun Cinemas have screened to packed cinemas, and on opening, it was the number one location in Australia," Booth said.

"With the story and songs originating from Broome, much of the filming taking place in Broome, and the film starring Broome teenager Rocky McKenzie, it is not surprising that Broome locals are flocking to see it."