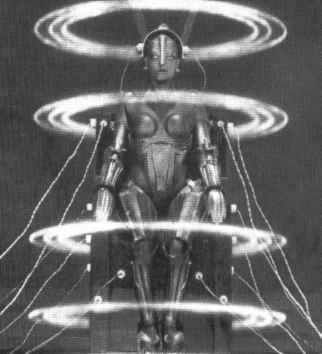 This February sees Berlin beautifying itself with an abandon that can only be described as unabashed. And understandably so as the city continues to give that last-minute touch to preparations for the 60th anniversary celebrations of Berlinale, the world's most beloved festival of films.

Festival Director Dieter Kosslick promises to put the public centrestage. This year the city itself is transformed into one big playground in the hope of inspiring the imagination of audiences to run as wild as the artist.

Apart from the screening of more than 400 films, visitors will engage in The Curtain, an art installation unveiled in the heart of the city. The Curtain is a concept of Christina Kim, a Korean American artist who creates a 300-square meter symbolic curtain from recycled film, billboards and other film-related material. When the dynamic curtain dances in the wind, it is expected to reflect splinters of sunlight into surprise shapes. At night, the same surface vows to mirror a totally different tone of tales. The opening of The Curtain on February 12 will be followed by an open-air screening of Metropolis, the 1927 classic at the Brandenburg Gate.

To watch the restored version of Metropolis, a futuristic science fiction silent film will also pay homage to Berlin in the era of the golden 1920s when the city was at its creative best. Before fascism put an end to the party, Berlin was home to the performances of Marlene Dietrich, Bertolt Brecht and inspired The Berlin Stories that went to create Cabaret, the 1972 Hollywood unforgettable, starring Liza Minelli.

Parade of the Stars, an exhibition of star portraits, is not confined to a venue but splashed around town in city light poster display cabinets. The large format portraits of stars, including Cate Blanchett, Kate Winslet and George Clooney, among others, are selected from the work of Berlinale's own lensman, Gerhard Kassner.

Without doubt, Venice is the oldest, Edinburgh the longest, Cannes the most glamorous - but the Berlinale tops the list of film festivals that is the most audience-friendly. This festival opens its arms out widest to visitors; last year there were nearly 5,00,000 participants. Launched in 1951 to provide entertainment to American soldiers occupying parts of the city after World War II and in an effort to revive the beauty and excitement of Berlin of the golden 1920s, Rebecca, Alfred Hitchcock's psycho thriller from 1940, was chosen to inaugurate the first Berlinale. Joan Fontaine, the star of the film, was the main attraction. Soon, Berlinale blossomed into an event that was feted for ardent and genuine admirers and promotion of world cinema and fresh talent.

Satyajit Ray was on the jury in 1961. In 1973, his Ashani Sanket came home with the Golden Bear, the top prize of the festival. Kosslick is the director since 2001 and now the backbone of the festival. Without discriminating between politics and entertainment, Kosslick has seduced politicians, businessmen and big name directors to look at the world through the eye of the artiste. With the goodwill and patronage that he has earned, Kosslick has added exciting activities to the festival like the World Cinema Fund and the Talent Campus that serve young filmmakers, particularly from developing countries.

Rezwan Shahriar Sumit, a Dacca filmmaker, was one of those rare participants from Bangladesh in 2008. Invited by the Berlinale Talent Campus with a short film called Citylife, Rezwan cites the time spent in Berlin as one of the most exciting in his life. In the forum Berlinale Flashback, open to participants to recall their memory, Rezwan says that he experienced an authentic sense of freedom after having submitted his film to the Berlinale.

This birthday special also has European fans of Indian cinema jumping with joy. Apart from the big budget, star-studded and limelight hogging My Name is Khan, the Generation 14 plus competition opens with Dev Benegal's Road, Movie. Umesh Vinayak Kulkarni's Vihir is participating together with Laxmikant Shetgaonkar's The Man Beyond the Bridge that sees its European premiere at the Berlinale Forum.

The parallel cinema classic, Manthan, has made it to the Culinary Cinema section and under the motto In the Food for Love. The Shyam Benegal manna from 1976 completes a menu that promises to be as mouth watering as life itself.